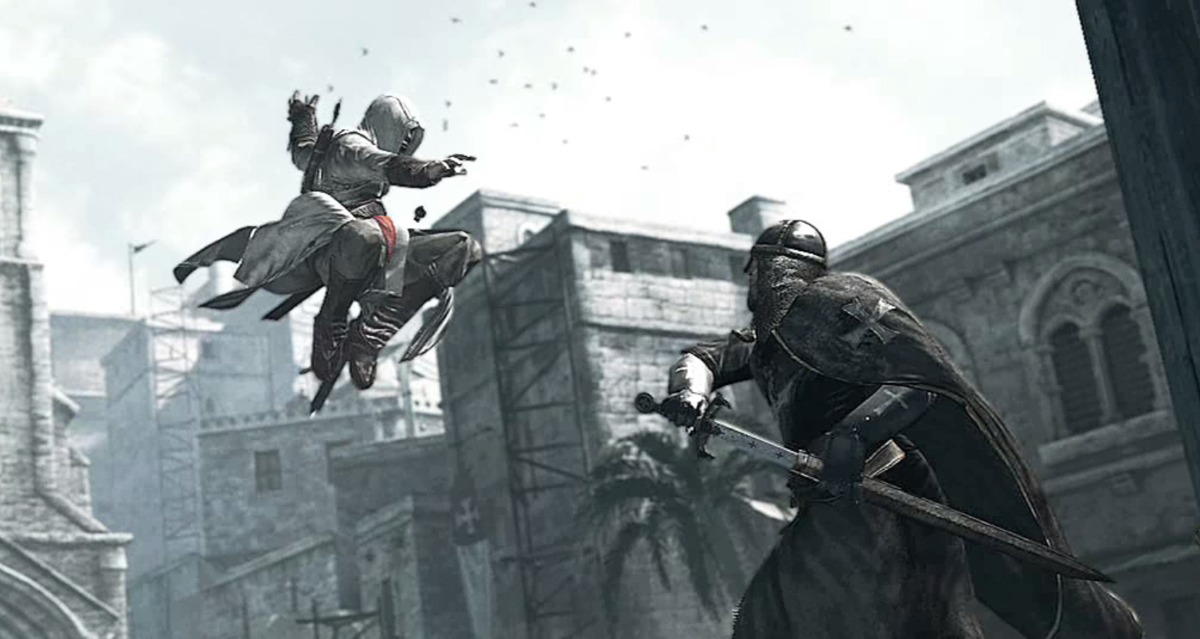 I still remember watching the E3 gameplay videos for the original Assassin’s Creed and going wow. The graphics looked good and it was exciting to see the plot set in historical locations.

An year or so after the game’s release, I played the game, which turned out to be a pre-release version that had a bug which would crash the game after you complete a few missions. This year during the lockdown, I got a chance to revisit the proper PC version of the game and I thought I would revisit the game and take a look back to the original story. 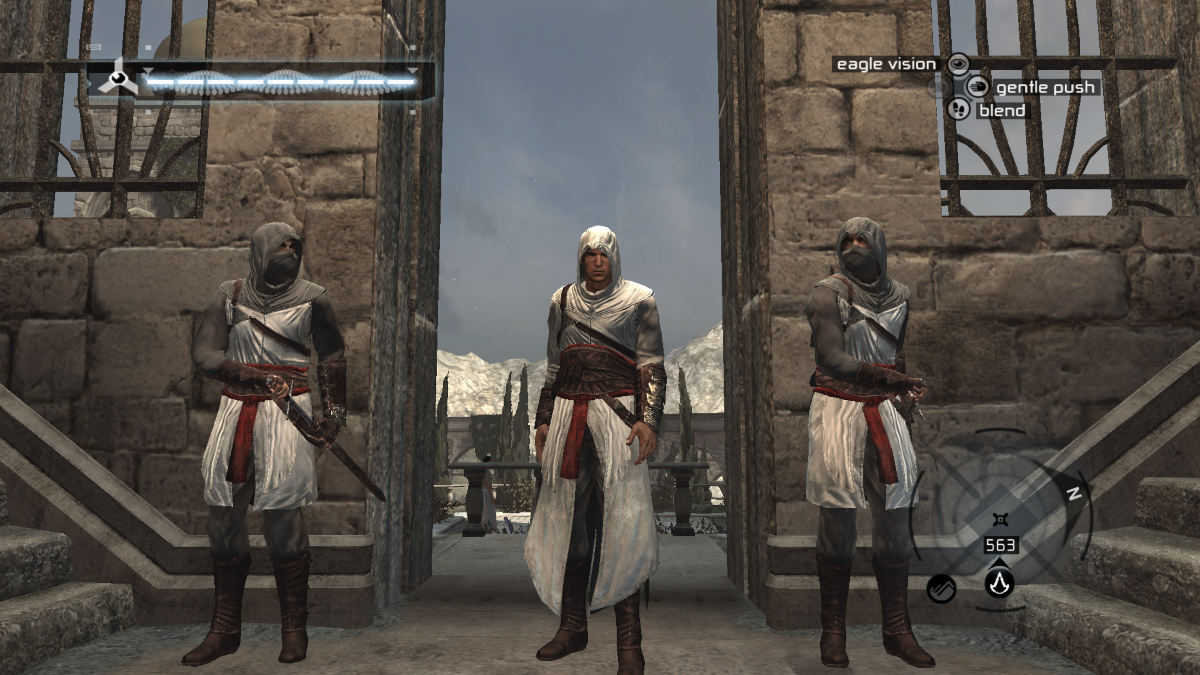 From the trailers and initial content, it looked like a story happening during the crusades with other information vague or not widely available at that time. It was a surprise when I first played the game to find out about the modern day elements of the game. It added a mystery and explained the reason for the historical angle. 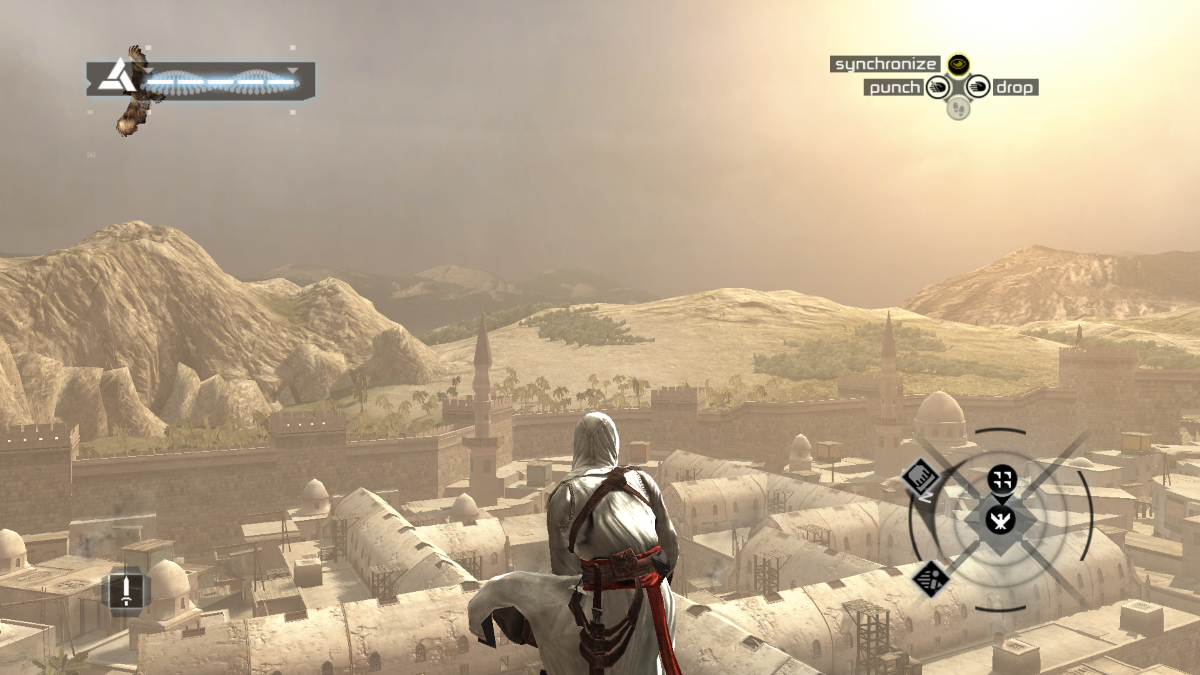 After playing the first few mission, it turns out that all the main assassination missions are kind of similar. Al Mualim would send you to a new city. Once there, you climb a bunch of towers to synchronize and put missions on the map. Collect some intel about the Assassination target by a few means, report to an Assassin Bureau in the city. What’s left is to execute the assassination, escape and return back to Masyaf. 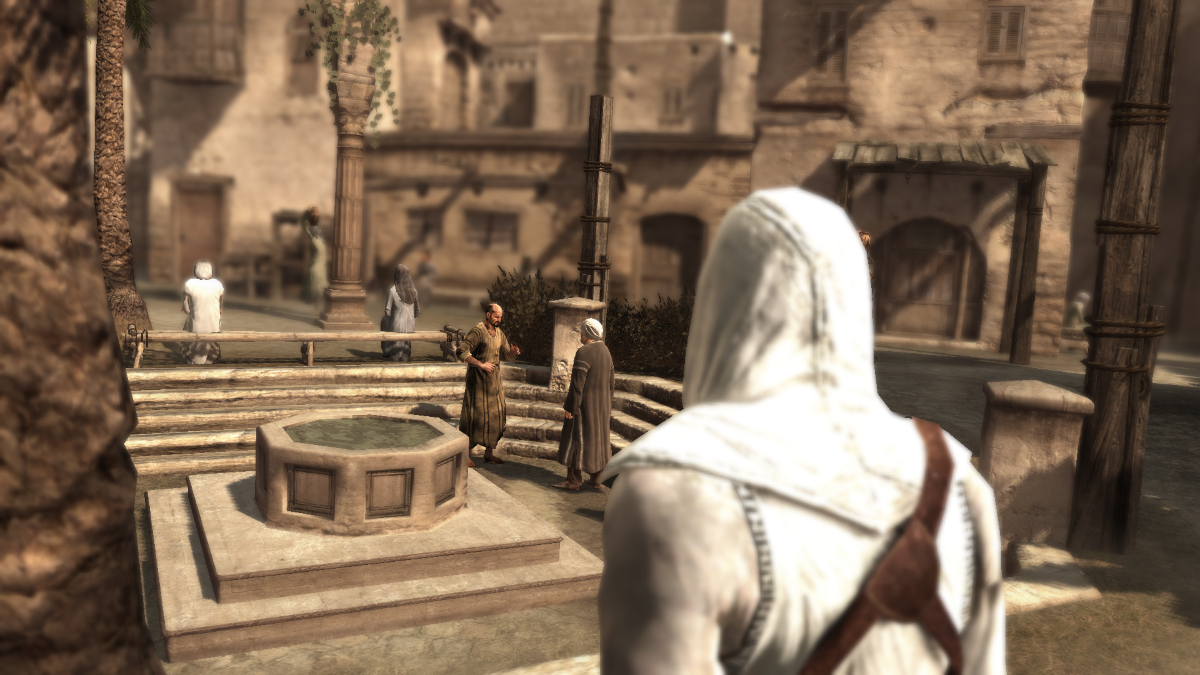 Although we get some cryptic messages or information after each assassination, the missions are fairly repetitve and the guards are always suspicious of Altair and his movements. This greatly reduces travel speed and there are long rides on horse back to get from one city to another. There are some unnecessary flag collecting missions.

The main complaint I have is regarding the combat where multiple guards will attack you from all sides. The best solution is to back up to a corner or wall and try to get counter kills. Once you master the art of counter kill, combat becomes easy for the most part with being a well timed button click.

The second is to do with character Altair who comes off as arrogant and not easily relatable to understand his thought process and motivations.

Here is a failed assassination attempt from Jerusalem. I had to try this mission a few times in-order to complete it.

Overall, if you are an AC fan, it’s always nice to go back to the original one and check it out. It’s not the favourite edition for most people, but we shouldn’t forget the origins of the franchise and appreciate the growth of the series from then onwards.