Version 4.0 codenamed 'nova' is complete and available for download.

The app has been completely redesigned and rewritten from scratch. Lot of best practices have been followed both in terms of UX as well as Android development.

In-App Reviews and Update flows have been integrated as well.

One of the main user requests have been to improve the contact picker as well as enable edit of a contarct group.
The problem was there was a change required in the underlying library lib-AeApps to enable this. And it was in the middle of a year long
restructing. Once that was taken care, it was easy to update the framework and apply these changes.

One of the advantage of upgrading to the latest kotlin and material design libraries is the improved support for Themes and Dark mode.
It was seamless to implement and test.

Version 3.2 codenamed 'blackbird' is complete and available for download.

The reason for not using the latest Android API version for compiling this app was Runtime Permissions introduced with
Android M. Finally I found some time to put in the effort to implement this change. Most of the examples for making this
change are simple use cases or basics, so it took some trial and effort to make it work for this app.

A new reusable Fragment for checking the permission which contains some boilerplate code is created and would be
soon available with the next version of libAeApps.

The results of Alpha testing done by Google Play used to fail as the emulators ddidn’t contain any contacts. In practice,
this edge scenario should only come when the app is installed on a new device. Neverthless, all tests in Google Play
pre release are passing now.

Version 3.1 codenamed 'telephone' is complete and available for download.

For showing the last contacted date in a better readable format, we have used the DateUtils.getRelativeDateTimeString() utility method from Android itself.

This was a tough feature for implementing as many of the attempts didn’t work as well as some methods not supported by the WhatsApp app itself. Still some code cleanup and moving some code to lib-ae-apps is pending.

Random Contact did support a different layout for Landscape in the past, but was disregarded while doing the redesign. This release provides a better and accessible Landscape layout

Hypercube is a random word used as code name for this release.
The following changes are part of this release. 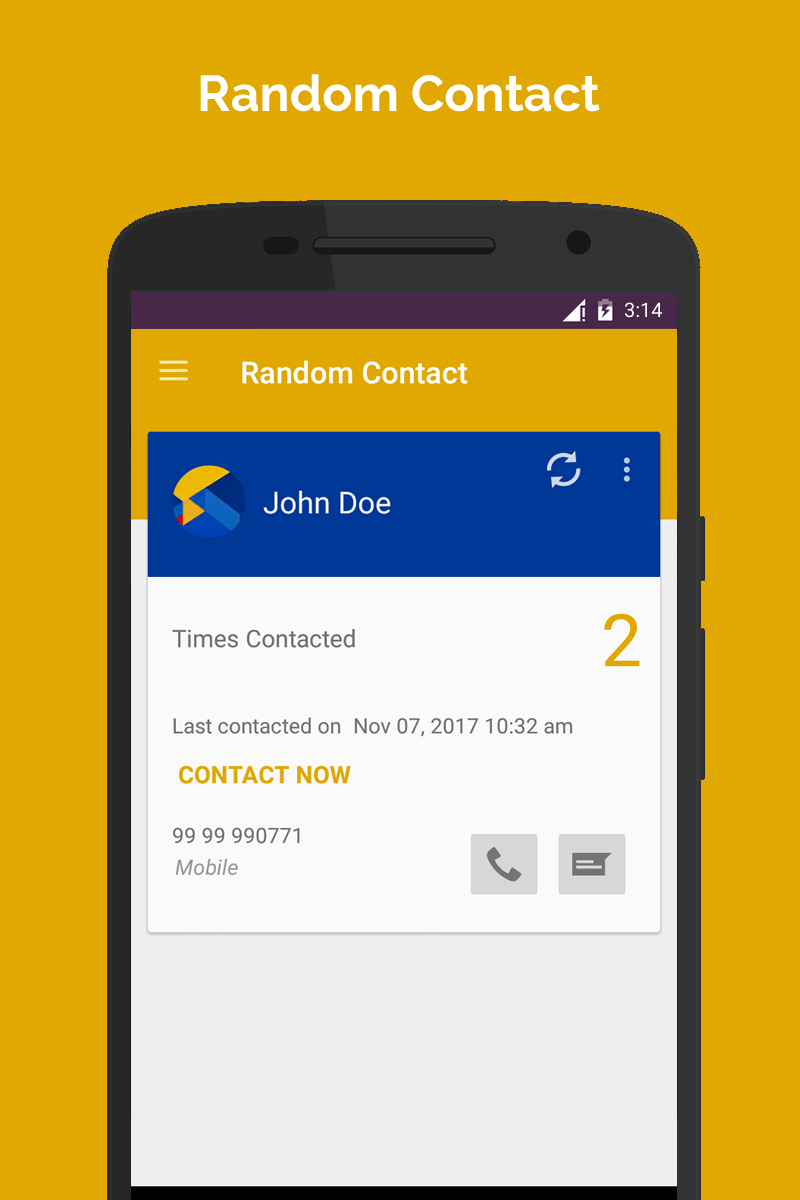 Custom Groups for generating Random Contact is a frequently requested feature, but since the AeAppsLib
was migrated to Android Studio, this project also needed to be updated to Gradle Android build system.
This was causing the delay for this release.

A minor coat of paint is applied as we have a new icon.